Tipton-Rosemark Academy, dual-accredited through the Southern Association of Independent Schools and the Southern Association of Colleges and Schools, began in 1965, when a group of citizens became concerned about the quality of their children's education because prayer and the Bible had been removed from public schools. It was their desire that Christian teaching remain a part of their children's education. They established an elementary school (1-8) in a house in Munford and named it Tipton Academy. A new school facility was built in Brighton in 1967 and doubled in 1970 with a kindergarten facility being added. In 1970, the Academy also purchased Rosemark School from Shelby County to expand its system to include grades 9-12 and named this Rosemark Academy.

In 1986, the seventh and the eighth grades were moved to the high school campus as the initial step in consolidation of all grades (K-12) on the Rosemark campus.

In 1988, a new elementary school was built on the Rosemark campus for grades 1-6, while the existing building was converted for use as a kindergarten. The school then combined the names to become Tipton-Rosemark Academy. 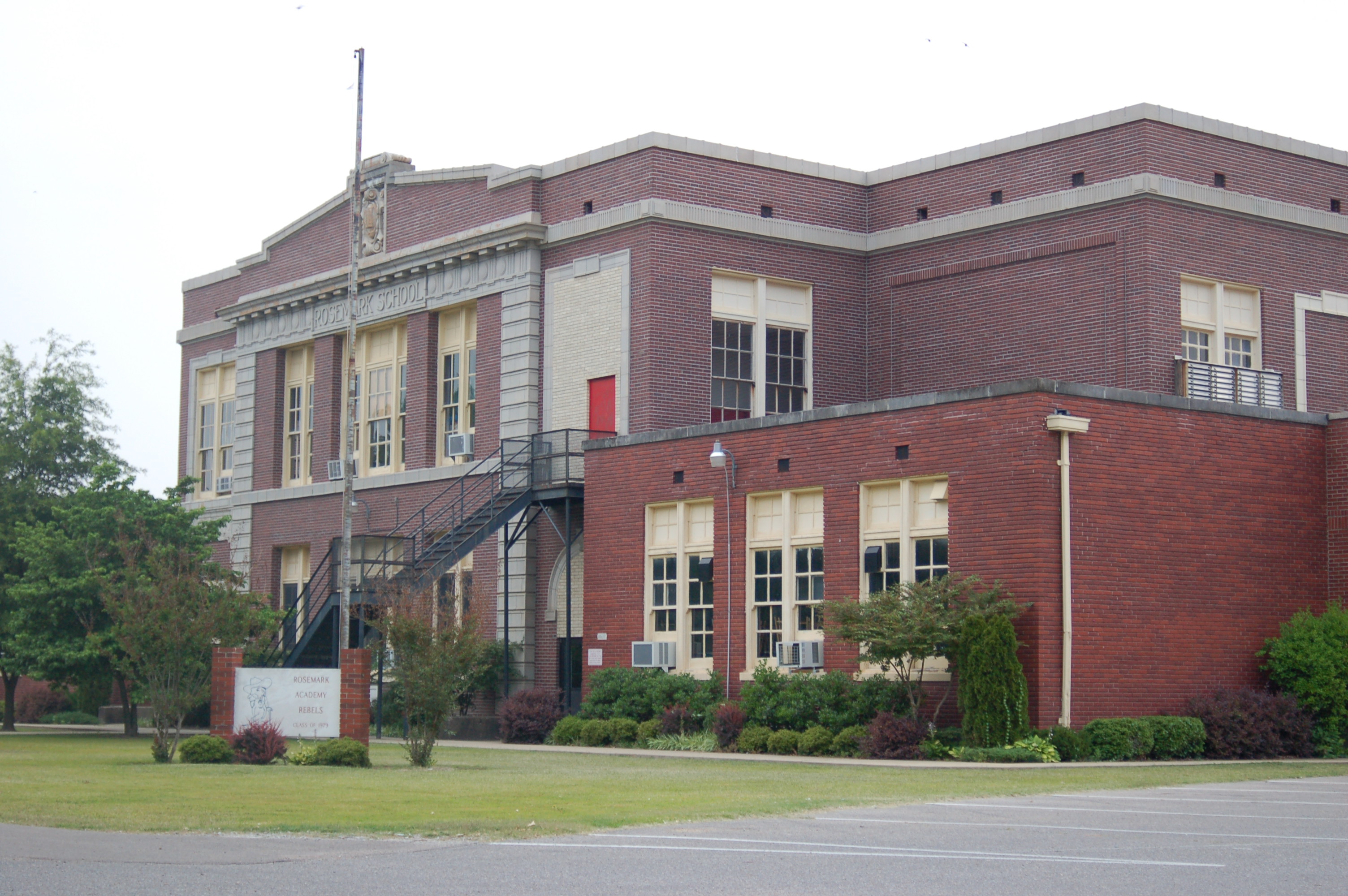 A Capital Campaign began in 1998 with more than $550,000 being raised to expand the facilities to include a middle school. Ground breaking for what is now known as Founders Hall Middle School was held in the fall of 1999. Founders Hall contains a modern gymnasium, a computer lab, a science lab, and middle school classrooms. A plaque dedicating the building to the founding fathers and those parents and friends committed to establishing and continuing quality education in a Christian environment now hangs in the entry hall.

In 1999, a $1,000,000 donation was given to the school from the Paul Barret, Jr. Estate. This money was used to purchase nearby land and begin dirt work on the new Paul Barret, Jr. Sportsplex. Softball and Baseball fields were immediately finished with concrete bleachers and dugouts.

An Advertising Sponsorship Campaign began in 2006 to raise money to complete the football field. The first home varsity football game was played under the lights on Friday night, September 1, 2006. In the fall of 2008, lights were added to the softball and baseball field and a new concession stand as well.

In November of 2006, the Continuing the Tradition capital campaign began to raise funds for a new high school building and elementary addition. The high school building was constructed on the old Rebel Field, where TRA had hosted football games since 1970. This 42,000 square foot building contains 12 general classrooms, the 4k-12 grade library, two state-of-the-art science laboratories, a technology center, a college and career center, and a cafeteria/multi-purpose room. The expansion to the elementary school added 12,000 more square feet for the Junior and Senior Kindergarten programs and new specialty classrooms for art and Bible. Some middle school building adjustments have also been made to result in more classrooms.

In the summer of 2008, due to fire codes, the old Rosemark high school building came down. The corner stones were saved and later became a part of the new TRA Performing Arts Center and Chapel. A photography tribute to the beautiful building, donated by the Alumni Association, is displayed in the Gail Davidson College and Career Center. In the fall of 2008, TRA high school students began school in the new building and the little ones in elementary quickly filled an early-childhood expansion.

The next phase of capital improvement was during the 2011-2012 school year as part of the "Many Dreams, One Vision" campaign. During this campaign, the structure housing the original gym was renovated into a Performing Arts Center and Chapel. The 14,000 square-foot facility now features retractable stadium-seating for 350 people, banquet seating for 400, a 46 foot stage, concession stand, a fine arts classroom, a construction area, as well as prop and dressing rooms.

Trust in the LORD with all your heart and lean not on your own understanding; in all your ways submit to Him, and He will make your paths straight.

Tipton-Rosemark Academy is a college-preparatory school grounded in both Christ and family and dedicated to guiding our students toward their full potential.